Thursday 27th February:
David John Jaggs (Pop/Rock) from 7.30pm
Never afraid of being a mischievous little scamp and throwing unexpected curveballs into his marathon solo sets, one minute he'll have you singing along with every ounce of breath left in your lungs, the next bringing you to tears with snippets of wistful beauty. Not to be missed!

Friday 28th February:
Alice Gasson Duo (Pop/Soul/Disco) from 7.30pm
Playing a mix of pop, soul and disco right through from the 70’s to now! Feel free to request your favourite songs too!

Saturday 29th February:
Joe Forshaw (Pop) from 3pm
Liverpool based guitarist and singer. Playing an eclectic mix of acoustic pop tunes. Joe has toured the UK and Europe, played at major festivals such as Glastonbury and Kendal Calling, as well as recording live sessions for BBC 6 Music, Radio X and BBC Radio 4. 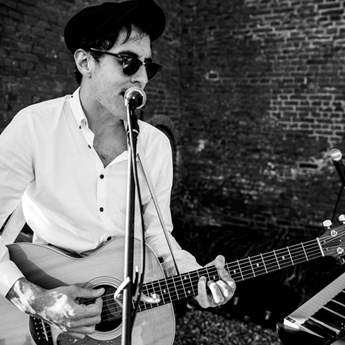