Father's Day
at The Lowry
Hotel

the day to celebrate
the special father
figure in your life 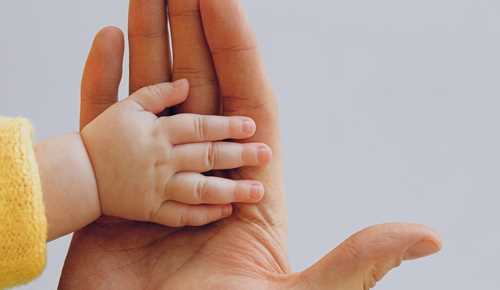 Mother’s Day has been celebrated for hundreds of years, however it’s only recently that we’ve started celebrating Father’s Day in the UK. Each year the Father’s Day celebrations and gifts grow to rival Mother’s Day.

This year at The Lowry Hotel, we are celebrating Father’s Day with a very special ‘blokes’ afternoon tea in collaboration with Seven Bro7hers brewery. As it’s a Sunday we’ve also created a special 3 course Sunday Lunch to impress the father figure in your life with a hearty appetite, our three – course Sunday Lunch is the perfect way to spend the day with him. With a variety of sumptuous starters, a perfect main with lashings of gravy and an indulgent dessert, this is not to be missed. View the full menu here.

As Father’s Day grows in popularity it comes as no surprise that there are individuals who attempt to use the day of celebrations to their advantage and this year is no different. If you haven’t heard about it already, there is a scam spreading across WhatsApp, promising competition winners a cooler of Heineken beer. The runners of this scam are claiming that there are 5,000 coolers up for grabs, they encourage those who receive the message to visit websites where important and secure information can be accessed. This is very similar to a scam in 2020, promising people ‘free kegs of Heineken,’ so although you may want to enjoy a refreshing beer this Father’s Day, be careful where you get it from.

Enjoying a beer is what around 56% of British Men do to relax so it’s no wonder that this was the choice of method for this scam. But in other countries celebrations differ. So, how is Father’s Day celebrated around the world?

In Thailand, Father's Day is celebrated on the birthday of the hugely admired late King Bhumibol Adulyadej, on 5 December, who is considered the Father of the Nation. It is traditional in Thailand to wear yellow on Father’s Day. Historically, fathers and grandfathers were given a Canna flower although that isn't as popular now.

In Mexico, Father's Day or ‘Día del Padre’ is also celebrated on the third Sunday in June. Every year in Mexico City there's a 13-mile race called Carrera Día del Padre or Father's Day race. Children can also take part and run alongside their dads.

In Germany instead of spending time with their children, fathers or väter often go off in groups for hiking trips, sometimes pulling wagons full of drink and food.

In France, Fête des Pères was traditionally a Catholic celebration, but it was reinvented for commercial reasons in the 1900s. In France it is traditional to give red roses to your father if he is alive, but if your father has died, it is custom that white roses are laid on their grave.

Father’s Day at The Lowry Hotel

Afternoon tea filled with favourites every dad will love, to a Sunday Lunch that the father figure in your life could only dream of. Luxury dining is the perfect gift this Father’s Day. Following your feast, the family can relax in The Lowry Lounge and Bar, finishing the day listening to live music and enjoying a drink or two. There’s no better way to spend time surrounded by the people you love.

Join us at The Lowry Hotel for an unforgettable Father’s Day celebration.