Halloween
Around
the World

with The Lowry Hotel

Halloween. The holiday we associate with trick or treating, costumes, and carving pumpkins. We even celebrate with a staff pumpkin carving competition in the Hotel every year. However, around the world, Halloween is celebrated in many different ways. With a number of traditions and beliefs, it can look like a completely different holiday.

The majority of well known, western Halloween traditions originated from the Celtic festival of Samhain. In ancient Celtic times, it was believed that as summer dissolved into winter around the 1st of November, the border between the world of the living and the world of the dead temporarily dissolved as well.

To disguise themselves from evil spirits who may cross the border, people would dress in costumes of ghosts and ghouls. Furthermore, many would carve jack-o'-lanterns from turnips in attempt to frighten the evil away.

Although, Samhain was not just about fighting off the evil spirits. People would honour the souls of their ancestors and deceased relatives by hosting feasts and enjoying traditional foods. They would also light bonfires and set of fireworks to celebrate!

To this day, the city of Dublin hosts a Samhain parade every year for people to celebrate, whilst the Beltane Fire Society of Scotland host a Samhain Fire Festival each year. 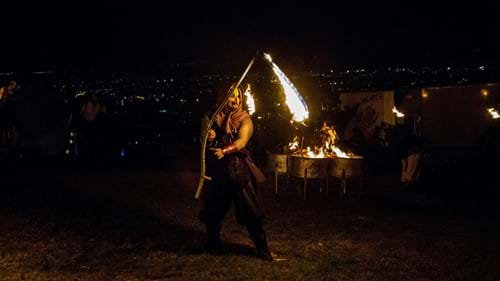 In England, people tend to celebrate Halloween by visiting pumpkin patches, scare attractions, and partying in spooky costumes. Although we may be biased, we think that Manchester has the best Halloween celebrations in the country! After all, Manchester is listed as the fifth most spooky city in England...

All around Manchester city centre, you will encounter giant monsters hanging from buildings, and creeping around corners. Head to Manchester and explore the spooky trail and see if you can find all of the monsters!

If you’re visiting Manchester for the spooky season, make the most of it and stay with us at The Lowry Hotel. Our five-star hotel is based right in the heart of the city, which means less time travelling into the centre and more time searching for monsters... 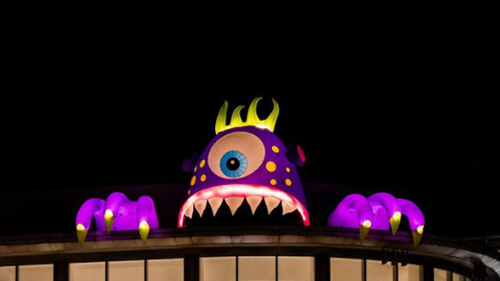 Whilst many think of Halloween as a holiday for children, Japan sees it as quite the opposite. You will rarely find any trick-or-treaters in the streets of Japan, but instead, extravagant cosplays and exciting parties.

The most prestigious event in Japan is the Kawasaki Halloween Parade. Each year thousands attend in carefully constructed costumes. The parade is so prestigious, in fact, that people must apply at least two months prior to be in with a chance of being involved! Don’t worry though, anybody can turn up to watch the festivities and revel in delight of the incredible costumes. 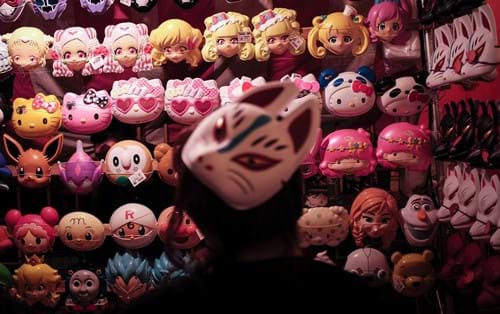 Italy, along with many central European countries, does not really celebrate Halloween as we may know it. Rather, they focus on Ognissanti – also known as All Saints Day.

Ognissanti falls on the 1st and 2nd of November each year, however people can begin festivities a day or two in advance. Tradition says that the souls of ancestors and the deceased come back to visit their living relatives during this time. To honour the deceased, people decorate cemeteries with fresh chrysanthemums – many people, whilst decorating the resting place of their late loved ones will also leave flowers upon ancient graves and tombs, extending their respect to those who may no longer have living relatives. Some families will leave out food as an offering for visiting spirits.

In certain parts of Italy, parents will leave out gifts overnight for their children on behalf of deceased relatives – almost like a mini-Christmas! Children are encouraged to be well behaved throughout the year otherwise they are told that their ancestors will punish them by sending no gifts. 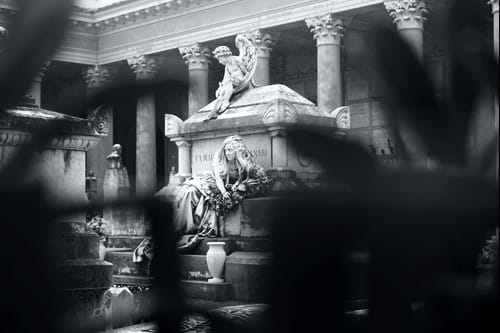 One of the most famous festivals in the world is Día de los Muertos, or Day of the Dead. Many of us will be familiar with the images of beautifully decorated skulls and skeletons which are typical of this celebration. Día de los Muertos contains a fusion of traditional indigenous customs and modern European traditions.

Spread over multiple days at the beginning of November, it is believed that spirits return to the world of the living to visit their families. The people of Mexico celebrate with flowers, decorations, foods, and imagery of intricately decorated skulls and skeletons which have become one of the most well-known features of the festival. Many will visit cemeteries where their loved ones are laid and enjoy candlelit picnics in their memory.

It is important to note that Día de los Muertos is not a scary holiday like Halloween, but a huge celebration of life both past and present. 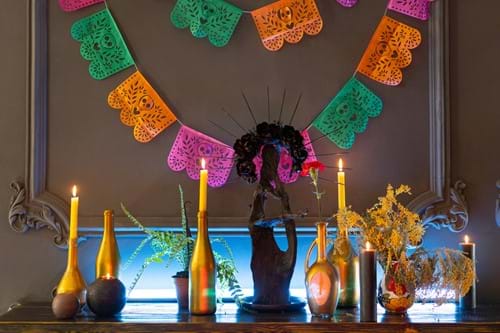 Of course, there are many more celebrations hosted at this time all around the world. One thing many have in common is belief of visiting spirits, and celebrations of life! Most countries enjoy celebrating with feasts and gifts, just like our modern tradition of trick-or-treating!

How will you be celebrating this Halloween? At The Lowry Hotel we have decided to create some unique cocktails in the spirit of delicious sweets! Have a look at them here and once you have picked a favourite, be sure to visit and try it for yourself.

A scarily delicious dinner followed by a Halloween-themed drink in the bar sounds like the perfect way to celebrate the holiday to us.