The
Women’s Euros
comes to
Manchester
in 2022 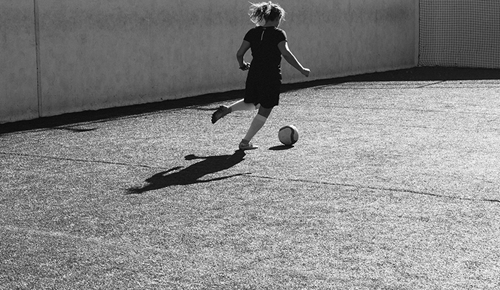 It’s all kicking off right here in Manchester at Old Trafford on 6th July. The Women’s Euros begins this July in a city filled with sporting history, with some arguably naming Manchester as the home of football. Our city boasts amazing football teams, with Manchester City recently being crowned winners of the 2021/22 Premier League. However, with the Women’s Euros starting soon, it’s time to celebrate the history of women in football.

If you're visiting Manchester for the Women's Euros 2022 then celebrate at The Lowry Hotel. We think it’s important to celebrate inspirational women and there’s nothing more exciting than women thriving in a predominantly male sport. It takes leaps forward for women who were never presented with the same opportunities as their male counterpart.

The Lowry Hotel are proud supporters of the Women’s Euros, and we will be cheering on our favourite teams throughout the tournament. To celebrate with us, enjoy 25% off our best available rate and an exclusive 20% off food and beverage when you show ticket proof, there is nowhere else better to stay to watch the teams battle it out for the Women's Euros 2022 trophy.

Did you know that women were banned from playing football for 50 years?

The history of women’s football goes back to over a century ago. In the 1890s, there were a variety of women’s football teams and in 1895, in a North vs South game, the North rose to victory with a 7-1 score. 1921 saw women’s football banned, with FA officials stating that “…the game of football is quite unsuitable for and ought not to be encouraged." It was 50 years later that the Women’s Football Association was formed in 1969 and by 1971, the ban was lifted, and women were free to play the game.

This year, the Women’s Euros is setting records in England. With the tournament being delayed from 2021, this year is a breakthrough, so far, an exceptional 450,000 tickets have been bought across 25 days of the competition with the final selling out in an hour. This puts it on course to break attendance records at any Euros, male or female. This tournament is already Europe’s biggest ever women’s sporting event.

The first Official Women’s Euros was held in 1984 where Sweden took home the trophy against England. It’s Germany that holds the title of most Euro wins with eight secured so far but could this be the year that our three Lionesses finally bring home the Euro’s trophy?

How is Manchester celebrating the Women’s Euros?

The National Football Museum in Manchester is hosting an amazing exhibition from 6th July where you can explore the history of women’s football in everyone’s favourite city. The exhibition is split into two halves, the first half tells the story of the women’s game up until the ban, from its nineteenth-century origins to the all-conquering Dick Kerr Ladies. The second half kicks off later in the summer, focusing on the present state of play within women’s football, from the grassroots up to the professional game. The museum is only a 10-minute walk from The Lowry Hotel so why not take a trip and immerse yourself in the history of this amazing game.

If you didn’t manage to get tickets for the opening Euros game, there will be a fan festival taking place just 15 minutes from The Lowry Hotel at Piccadilly Gardens. From 6th July straight through to 31st July, 11am – 4pm each day, the amazing fan festival party will be held. You can watch the match on the big screen, enjoy food, drink and plenty of fun- filled activities watching your favourite team play! You can even get into the team spirit and have your face painted. This fantastic fan festival will be taking place throughout the entire Women’s Euros this year. It’s free to go and you don’t have to worry about getting in as it’s a non-ticketed event, will you be attending?