In Memory
of Queen
Elizabeth II 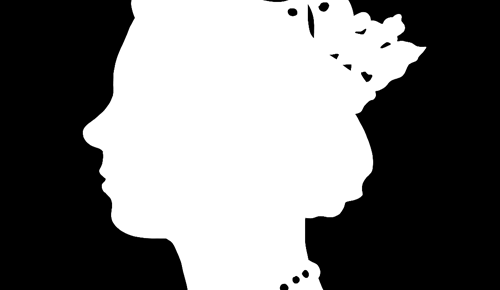 The death of Queen Elizabeth II has been difficult news for the world, Elizabeth was the longest reigning monarch in British and commonwealth history with a reign from 1952-2022. It was only earlier this year that the Queen celebrated her platinum jubilee of 70 years on the throne. At The Lowry Hotel, we commemorated the occasion by hosting a Jubilee afternoon tea in her honour, and now we can celebrate her life and achievements whilst becoming the longest reigning monarch British history has ever seen.

Elizabeth, nicknamed Lilibet in her younger years, was born in 1926 and few expected her to become Queen one day, so she was able to enjoy the first decade of her life with the privileges of being a royal but without the pressures of becoming the heir.

By 1940, during World War II, the 14-year-old Princess made her first famous radio broadcast reassuring other children at the time "that in the end, all will be well; for God will care for us and give us victory and peace." After this, Elizabeth started taking on more public duties such as joining her parents on their official visits within Britain, with her first official public appearance in 1942 inspecting the troops.

In 1936, Elizabeth’s uncle was named King Edward VIII, however he abdicated the crown when he fell in love. The event changed the course of Elizabeth’s life. Her father was crowned King George VI in 1937, and her mother became Queen Elizabeth. 1947 saw the union of the Queen and Prince Phillip, they were smitten since a young age and fell in love over many years. Phillip unfortunately died in 2021 at the age of 99.

King George VI passed in 1952 and Elizabeth assumed his public duties. By 1953, Lilibet was coronated as Queen Elizabeth II at the age of 25. The Queen’s coronation was a historical event, this was the first time a coronation ceremony was broadcast on television with people watching across the globe.

One of Her Majesty’s most notable attributes was her ability to inject vitality and strength into the British public when it was needed the most. The Queen lived through tough wars such as World War II, the Korean War, the Cold War and more. Despite this, she still showed a brave face and helped her country fight through those difficult moments.

Much of the British public saw her as the true matriarch of the royal family, Elizabeth II was responsible for making the monarchy once again relevant to the ideals and aspirations of the newer generations, especially in the earlier days of social media and the internet. Recently revamped, the first official launch of the British Monarchy Website was in 1997.

As Sovereign, The Queen was Head of the Armed Forces, as well as being a wife, mother, and grandmother of those who have served in the Forces. Throughout her reign, she remained a committed and informed advocate of the Army, Navy, and Air Force.

The Queen’s contribution to her country will never be forgotten, her son has now been named King Charles III and Head of the Commonwealth.

The Queen will be buried in St George's Chapel's King George VI memorial chapel. This is where her mother and father were buried, along with the ashes of her sister, Princess Margaret and Prince Philip's coffin will move from the Royal Vault to the memorial chapel to join the Queen's.

The Queen's state funeral will take place at Westminster Abbey in central London on 19th September.