Lords & Ladies - you are invited!

On the 30th March 2019, the Maggie's Costume Charity Ball will return to The Lowry Hotel for its third year.

This annual event raises funding to support the Maggie's Centres that provide essential support to patients and families affected by cancer.

The 2018 event was attended by over 100 guests and raised over £16k for Maggie's centres nationwide. 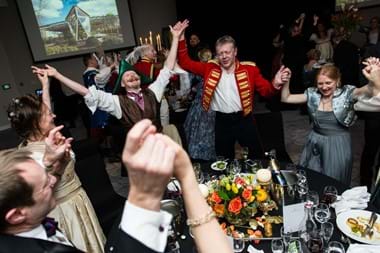 The Ball follows in Manchester's historical tradition of community philanthropists. Inspired by a similar event that took place in 1828, when prominent citizens of the North West gathered for an elaborate costume ball that raised money for local charities. Guests at this event included the Lord Mayor, MPs, industrial magnates and even the Home Secretary Robert Peel. 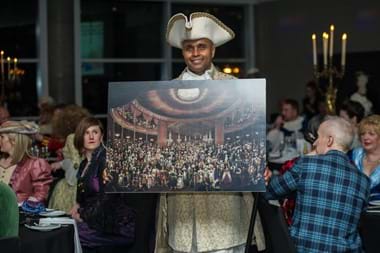 The original event, which was attended by over 3500 guests, was captures in the famous oil painting by Arthur Perigal 'A Fancy Dress ball, Manchester'. Around 300 people paid a shilling to be included in the painting which was raffled off and won by a local man, Mr Peacock. Mr Peacock, who appears in the painting as the Knave of Hearts, later gifted the painting to The Salford Art Gallery in 1852, and it was restored in 1994.

Following in the footsteps of these Mancunians, modern-day guests are being encouraged don historical costume, and take part in Victorian dancing.
Costumes can be hired from The Royal Exchange Theatre for £45 which includes all accessories and shoes. 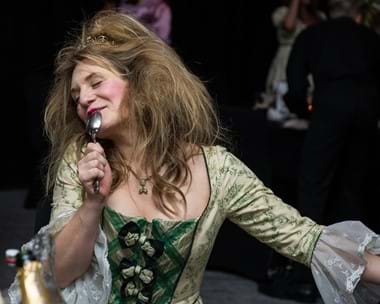 Tickets are on sale now! They are £99 and can be purchased by emailing rachael.fitton@thelowryhotel.com or by calling Maggie's Manchester on 0161 641 4857

Tickets include welcome drinks, entertainment, a three-course dinner, DJ, raffle and an auction of tremendous prizes.