PRIDE
at The Lowry
Hotel

the month
to celebrate
over 50 years
of PRIDE 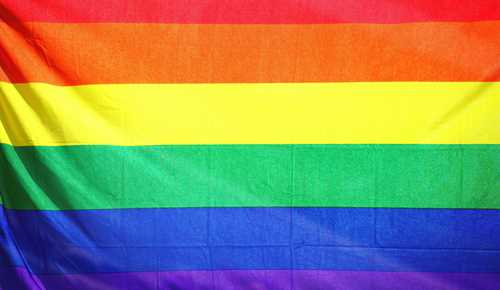 This year, we have created the perfect pride cocktail, the Foo Foo’s Flirtini is available at The Lowry Lounge and Bar with 25% of profits donated to the Salford Pride charity.

Why is it called Foo Foo’s Flirtini?

Forty years ago, a drag queen named Foo Foo Lammar was widely known as the city's most flamboyant life and soul of the party. From humble beginnings in Ancoats they helped to build the city’s reputation as Britain’s gay capital. As well as running clubs such as the iconic Foo Foo’s Palace on Dale Street, Frank also tirelessly worked hard fundraising for charities such as Christie's before his death on November 7th, 2003, aged 65.

It has now been 15 years since Franks passing – but his legacy still resonates across the city and beyond. Unfortunately, Foo Foo’s palace is no longer standing, but you can take a trip to the Gay Village during your stay to check out the mural in his memory painted on the Molly House.

Every year, June marks PRIDE month. A time to commemorate the Stonewall Riots and celebrate the LGBTQ+ community, Pride month is a way to raise awareness of the struggles faced by LGBTQ+ people and promotes their equal rights.

Why do we commemorate the Stonewall Riots?

The Stonewall Riots began on 28th June 1969 in Manhattan, New York City. On this summer night, the police raided the Stonewall Inn which served as a secret safe space for the City’s LGBTQ+ community. At this time, homosexuality remained illegal in every state except Illinois, bars and restaurants could even be closed for having gay employees or serving gay patrons. Raids on LGBTQ+ bars were becoming increasingly common, however this night, they decided to bravely fight back which sparked a new era of revolution.

Over the next few days, Stonewall grew into a hub for activists to gather and build a movement that would light a fire under the ever-growing LGBTQ+ movement. The Stonewall Riots had a lasting impact and the first ever PRIDE parade set off from Stonewall in 1970 on the anniversary of the police raid.

Activists are still fighting for their rights in countries all over the world. Recently, officials in Istanbul banned all Pride celebrations but this hasn’t stopped them from celebrating 30 years of pride in their country. The LGBTQ+ community in Istanbul have proudly shouted ‘We will not give up. We are not afraid!’ Many countries all over the world are still fighting for their equal rights to love who they love and to be whoever they want to be, and it all began with the Stonewall Riots in 1969.

PRIDE in the UK

The first ever Pride parade in the UK took place on 1st July 1972 in London with around 2,000 taking part, now the London Pride parade is one of the biggest events in the UK with millions of people getting involved. Pride events are taking place all over the country throughout Summer, with Manchester Pride taking place on Friday 26th – Monday 29th August and London Pride Festival on 2nd July.

Manchester pride began on an August bank holiday in 1985, it took place in the Village and has grown ever since. The Gay Village is now one of Manchester’s most popular nightlife spots, and a safe hub for the LGBTQ+ community, this year’s Manchester Pride will boast huge entertainment. Will you be attending?

On 25th June, The Lowry Hotel attend the Salford Pride Pink Picnic as a proud sponsor. This unmissable event is an annual LGBTQ+ celebration in Peel Park. This project launched in 2011 and it’s a community-based event, raises visibility of the LGBTQ+ community that live, work and study in Salford and it’s surrounding areas. It’s a day of amazing entertainment that promotes diversity, inclusion and equality.

Join us at the Lowry Lounge & Bar to try the Foo Foo’s Flirtini and celebrate over 50 years of PRIDE.